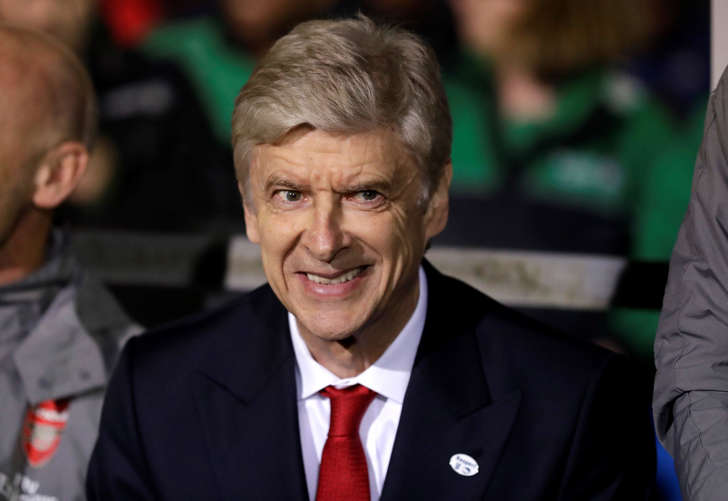 Arsène Wenger has rejected a stunning offer from China to make him the highest-paid manager in the world since revealing he will not retire, whether or not he remains at Arsenal beyond the end of the season .

The offer dwarves the two-year extension that Arsenal have offered Wenger, which would pay him about £10m-a-year, but joining the Chinese football revolution is not an attractive proposition for him.

Wenger has yet to decide whether he will stay at Arsenal next season and club insiders are growing increasingly anxious that he will decide to walk away.

The manager has insisted he is not ready to retire and will be in management next season, which sparked the enormous offer from the Chinese Super League club.

But Wenger has rejected the interest while he concentrates on the remainder of the season with Arsenal .

Even if he leaves the Emirates in the summer, Wenger would most likely snub any renewed offer from China in favour of taking a job in one of Europe’s top leagues.

Real Madrid, who have tried to appoint him in the past, is thought to be Wenger’s preferred destination away from Arsenal if they decided to make a change.

Arsenal owner Stan Kroenke remains desperate for Wenger to stay and his two-year contract extension offer includes a 25 per cent increase from £8m-a-year to around £10m-a-year.

That will infuriate fans who believe Wenger should go after perceived failures in the Premier League title race and the Champions League, but the 67-year-old has already proved that his final decision will not be based on money.

Meanwhile, former Rangers manager Mark Warburton is a surprise candidate to replace Andries Jonker as the head of Arsenal’s academy.

Arsenal have been forced to find a new academy chief after Jonker took over as Wolfsburg manager and Warburton is high on the list of potential replacements.

Warburton left Rangers in acrimonious circumstances earlier this month, with the 54-year-old denying claims from the club that he had resigned.

It is unclear whether or not Warburton would accept the academy job at Arsenal, having been linked with a return to management with Nottingham Forest, but sources inside the Emirates believe he would be perfect for the role and he has held talks with the club.

Warburton has developed strong links with Arsenal since launching the old NextGen Series youth competition in 2011 and signed a number of the club’s youngsters while managing Brentford and Rangers.

Should Warburton decide to hold out for a return to management, then Pep Segura, who works in player development at Barcelona, is an alternative outside candidate. Steve Morrow could also be considered for a promotion from his current job as head of scouting for Arsenal.